Brookdale on a quest to inform people about scams 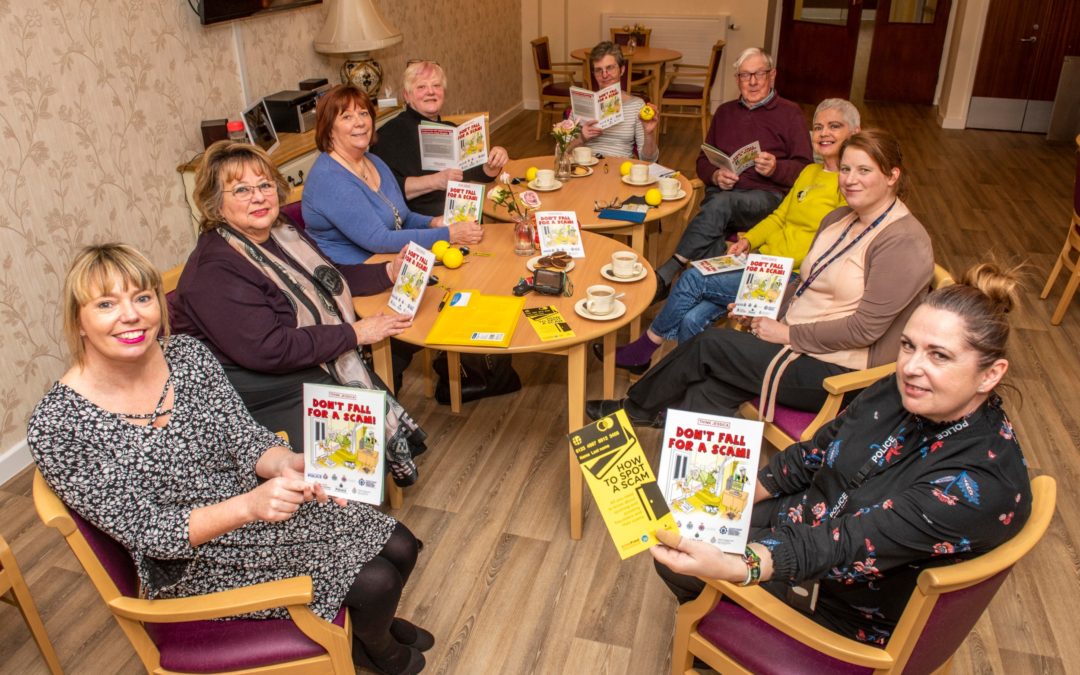 Carers of people who attend a Southport day service for older residents were given some top tips on how to prevent their loved ones becoming scam victims at a recent event.

Jackie Long of Merseyside Police was the guest presenter at the latest information and advice session organised by Brookdale Resource Centre in Ainsdale, which supports people living with dementia.

In an interesting and well received talk Jackie highlighted the wide variety of methods that scammers use to part victims from their money and other possessions.

These range from simple doorstep fraud involving rogue traders and bogus officials to postal scams advising people that they can claim lottery or prize draw wins by paying a fee in advance.

Her advice to older people is simple – when faced with something that looks too good to be true, or doesn’t sound quite right, never make an instant decision. Instead check it out by asking a trusted relative, friend or neighbour for their opinion.

And she also emphasises that people shouldn’t be embarrassed about reporting a scam. Because scammers are so cunning, there’s no shame in being deceived. By reporting it, victims or potential victims will make it more difficult for the fraudsters to deceive others.

Salwa Moustafa, Manager of Brookdale Resource Centre – which is run by one of Sefton’s leading adult social care providers, New Directions – commented: “Fraud is a real problem for older people, with those with dementia at particular risk.

“An Age UK survey showed that 43 per cent of older people – almost five million people aged 65 and over – believe that they have been targeted by scammers.

“That’s why this session from Jackie was such a success. She provided us with a wealth of information and advice, and some very useful literature to take away, which will all help to keep the people who attend Brookdale and their families safe at home,” added Salwa.