New Centre Stage in a production of The Greatest Showman

PRODUCTION OF THE GREATEST SHOWMAN

Talented members of a unique Sefton drama company scored another big hit with their stage production of a modern classic musical film recently.

The ‘house full’ signs went up outside New Centre Stage’s studio theatre in Netherton for the three-night run of The Greatest Showman, which received standing ovations after each performance.

The show was presented by a large cast of around 35 performers who belong to the drama group which is run by one of Sefton’s leading adult social care providers, New Directions.

The 2017 film The Greatest Showman has quickly become one of the most successful live-action movie musicals of all time, and New Centre Stage’s take on the circus-themed story featured a full line-up of all its most popular and quirky characters.

They include the lead role of circus impresario PT Barnum, memorably played in the film by Australian actor Hugh Jackman.

New Centre Stage members were delighted at the success of the show because the production lost its leading actor in the run-up to the opening.

With just three weeks to go Ian Haughton, who had put a huge amount of effort into the part, was forced to withdraw from the show due to illness.

The lead role was then taken over by Michael Reid, which caused a domino effect, with many other parts then needing to be recast and relearned.

However, through hard work and pulling together the cast rose to the challenge and managed to pull off a major success on opening night, according to Activity Lead Vicky Bennett who directed the show with colleagues Denise Airey and Veronica Morrison.

Vicky commented: “This was probably the most ambitious show we have produced with a colourful cast of characters to play, few small parts and plenty of lines to learn.

“As a result there was lots going on throughout, which meant the actors had to pull out all the stops to keep the narrative flowing and tell the story in a fun and entertaining way.

“The result was fantastic and a wonderful showcase for the talents and skills that exist within New Centre Stage.

“I would like to thank everyone involved for their hard work and commitment, with a special mention for Ian Haughton. We wish him a speedy recovery and look forward to having him back with us soon,” added Vicky.

The Greatest Showman was the latest in a series of successful New Centre Stage productions which have ranged from an evening of dance to a performance at the Anne Frank Holocaust memorial event at Bootle’s Strand shopping centre.

The group is now planning another major production for summer 2020 as its contribution to Sefton’s Borough of Culture year. 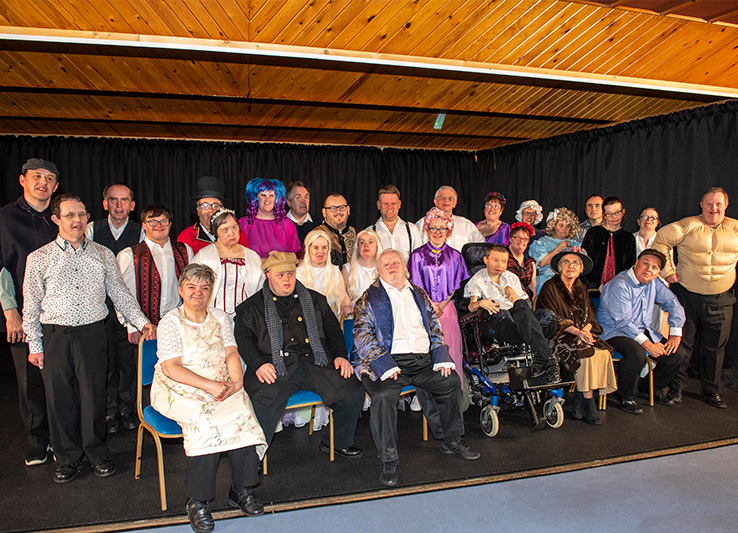